Sean has grown up in a family involved in the horse business and is a 4th generation horse trainer. Sean trained his first horse when he was just 12 years old. As a teenager, Sean was a very successful Three-Day Event rider and trained with some of the top Olympic trainers in the world. Lee Troup, Sean’s mother, played a huge part in his ability to compete and train horses. It was under her coaching that Sean was selected for the first time in 1999 to compete at the Olympic games. Sean owes his success to his mother for believing in him and giving him the knowledge and foundation he has needed to slide into reining.

Sean began working with NRHA trainer, David Dillman, in 2001. During this time, Sean was able to take his horse training knowledge and expertise and fuse it with reining concepts. In 2005, Sean went out on his own and started Johnson Performance Horses.

Sean’s experience has provided him with the skills, talent, ability, and determination to be successful. His work ethic is second to none, and his hard work and dedication has provided him a solid foundation for a successful career. This foundation enables his success in the show pen, and with his clients, and in life.

As most significant others are, Kiera works to keep the advertising, promotions, and all else that comes with running a training operation on time and on schedule. Kiera has been modeling and acting for years in Tulsa and had a position on the morning News for Channel 2 in Tulsa 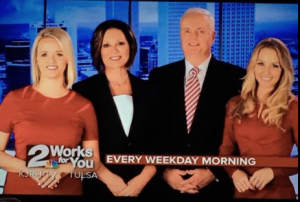 but most of all enjoys the horses and working with the wonderful clients of Johnson Performance Horses – and of course Sean, too!